As season two of Netflix hit Bridgerton hits our screens, we asked our guest blogger Dr. Gabrielle Malcolm (author of Fan Phenomena: Jane Austen and There’s Something About Darcy), to tell us about spotting Bath locations, the books the series is based on, and the enduring appeal of ‘Regency Risk’

Julia Quinn’s series of Bridgerton novels have taken the world by storm. Set between 1813 and 1827, they are a fond, artful and respectful re-working of Regency Romance and Austen-inspired novels and they follow a great conceit.

The novels are a series of eight about the children of the Viscount Bridgerton. They follow an alphabetical structure: Anthony, Benedict, Colin, Daphne, Eloise, Francesca, Gregory, and Hyacinth. Each aristocratic offspring gets their own adventure. There are follow-up tales and prequel stories, but the ones that Quinn is best known for are now in the hands of Shonda Rhimes and the Shondaland TV Production Company, responsible for Gray’s Anatomy and Scandal, among other series.

Steamy and exciting, the first adapted novel The Duke and I (Daphne’s Story) came to Netflix on December 25th, 2020. A welcome, and slightly scandalous distraction at Christmas for pandemic-weary viewers around the world. There could be no greater escapism. 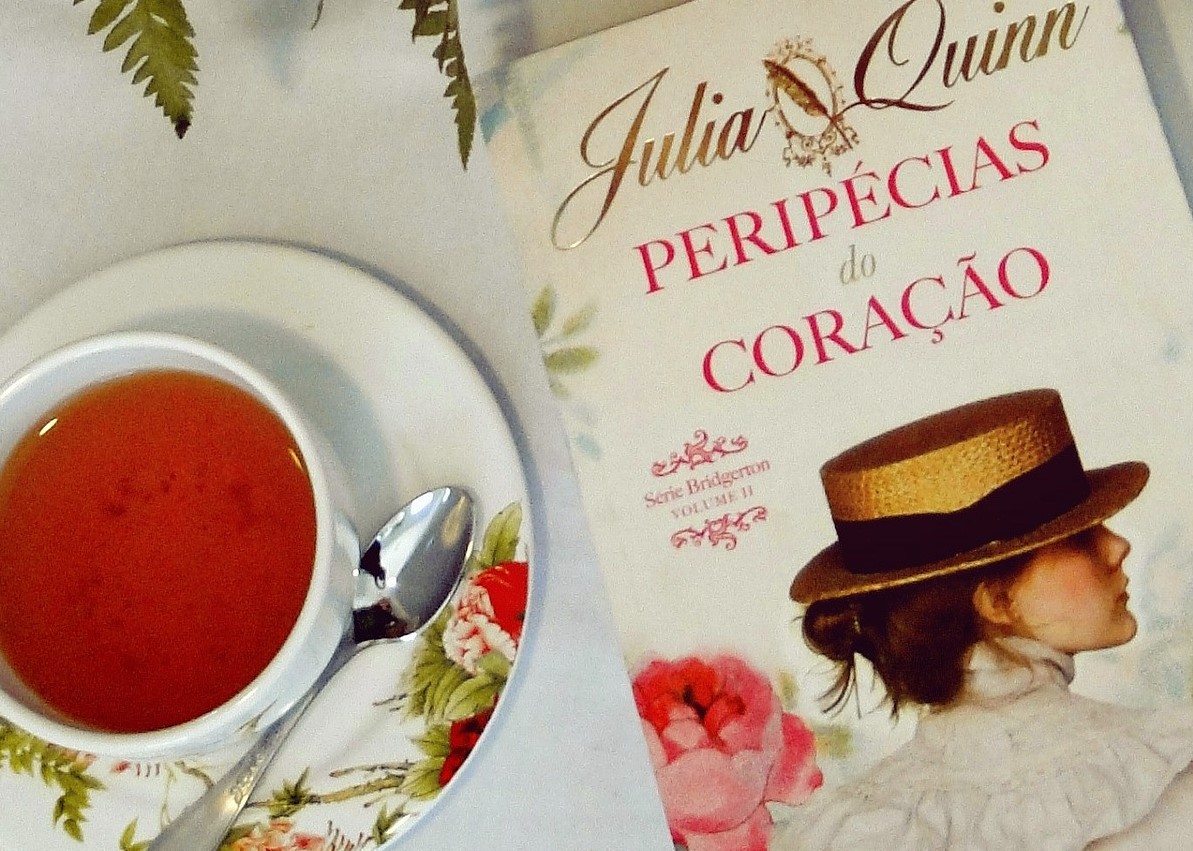 Regency Romance as a genre really came into being at the turn of the 19th into the 20th Century. There’s something about the 100-year time span that appeals to people’s taste for a bygone age. Perhaps that is why the BBC’s Downton Abbey has been such a hit over the past decade? When the Great War loomed in 1913 the grave outlook gave many authors the urge to switch to historic escapism. Whilst Austen endured in her popularity, the world of literature began to expand with more Georgian and Regency tales with their dashing heroes and feisty heroines.

That was the great formula – a little sexual frisson and a lot of scandal! ‘Regency Risk’, as it’s known in literary circles, allows authors to pinpoint certain social and romantic rules that the early 19th century was known for, and break them. Abduction and seduction scenarios, for example, became popular in 20th century romances based in that period. These arose from the situation of heiresses who could be compelled into marriage if they were caught up in a scandal, such as spending a night alone with a man. Georgette Heyer used this scenario in her first Regency romance, Regency Buck (1935), which also features Beau Brummell and the Prince Regent as characters. The heroine, Judith Taverner, is preyed upon by fortune hunters and royalty alike, and ultimately abducted by her cousin who hopes to force her into marriage. (Spoiler alert! She is rescued in time.)

The opportunities for women with slightly increased social mobility in the early 19th century, coupled with the imposition of strict codes of behaviour amongst the middle and upper classes, give the Regency years of the early 19th century a special kind of tension that has appealed to writers ever since. It’s part of the quality that enables us to enjoy Austen’s writing two centuries on. As a contemporary social satirist, she saw this tension as a great resource for creating dramatic storylines.

Regency Risk was the great formula – a little sexual frisson and a lot of scandal!

Now, Julia Quinn exploits the escapist historic perspective and includes further ingredients to bring the world of the Bridgerton family to life. They live in Regency London, but the reality of history stops there. The action is held together by the anonymous gossip-writer Lady Whistledown (voiced as a narrator on the TV show by Julie Andrews). Quinn weaves together the stories of the Bridgerton siblings and their unswerving love and loyalty for each other and, along with Shonda Rhimes, brings an alternative, re-worked vision of the period to the screen.

Chris van Dusen, the Bridgerton showrunner, responded to the questions about cast, character, and historical accuracy with: “[the show] is a reimagined world, we’re not a history lesson, it’s not a documentary. What we’re really doing with the show is marrying history and fantasy in what I think is a very exciting way”.

History, fantasy, and excitement can all be encountered in person in Bath. The list of locations used by the Bridgerton team is growing all the time, and there will also be a new series specially created to tell the back-story of Queen Charlotte (played by Golda Rosheuvel). 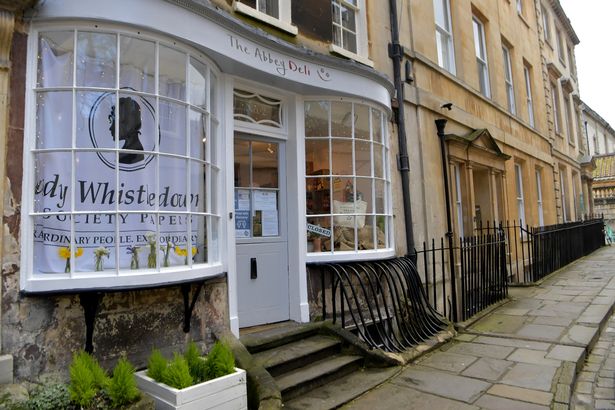 On the Abbey Green, then, can be found the Deli where the ladies of the ton have their dress fittings as it plays La Modiste dress shop in the series. Both the exterior and the interior are used as locations, along with the other shop fronts. Visitors can now enjoy delicacies and specialist blends of tea named after their favourite Bridgerton character. The exterior shop fronts on Trim Street are also recognisable from the show, where Gunter’s Teashop witnesses the courtship and heartbreak of Daphne and the Duke of Hastings.

The exterior of the Holburne Museum on Sydney Place, opposite Austen’s former home, is now known as the grand home of Lady Danbury (played by Adjoah Andoh). It is an outstanding building and now a feature of the show.

The Royal Crescent is a star in its own right, of course, and has been the backdrop for many period dramas. No. 1, the Royal Crescent, is digitally enhanced for the show but still recognisable as the Featherington family residence. The exteriors of the Guildhall, The Assembly Rooms, and Beauford Square all double for Georgian-Regency London. 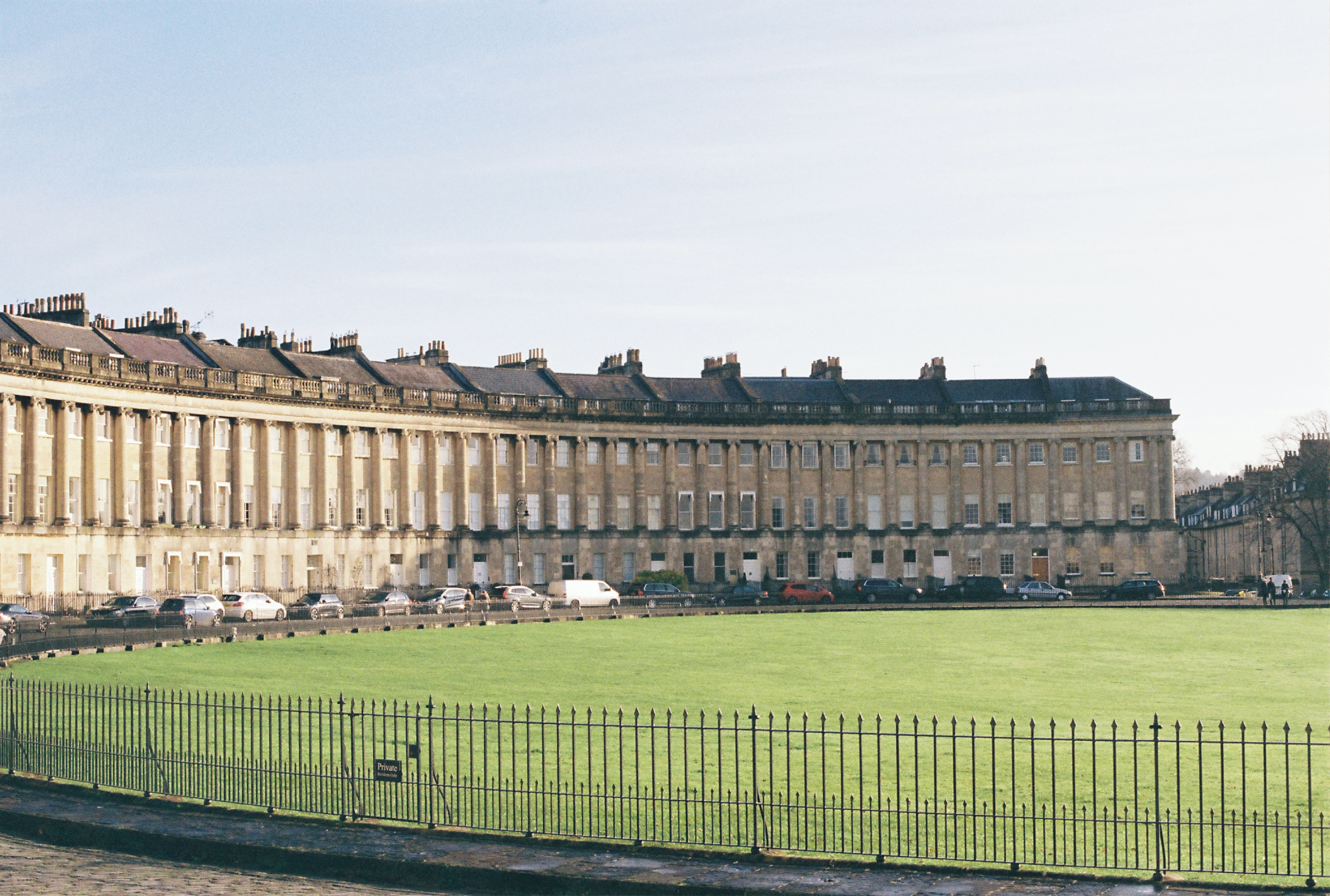 The City of Bath echoes the architecture and style of ancient Rome, of Venice, and of Athens, with its neo-Classical style. The city itself is a pastiche and a homage to other cities, therefore. The worship of the harmony and perfection of classical architecture can be felt everywhere and enable the enjoyment of a walking tour. It seems only appropriate therefore that the flair and the fantasy of Bridgerton have found a home within the lovely locations of Bath.